3 Techniques to Reduce the Stress of Travel 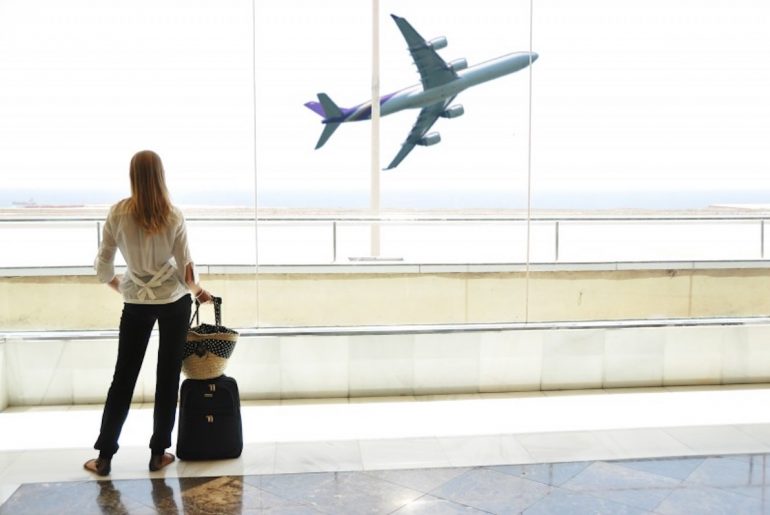 Travel stress. It’s going to happen, whether you’re on the road or in the air. You can’t avoid it, but you can deal with it more effectively with stress-reducing techniques.

It’s no news flash that we have traffic in Atlanta. Yes, people have given birth, learned to speak Chinese and formed rock bands all while rendered immobile on the roads. But guess what? Other countries aren’t immune. I was in the Dominican Republic and we got stuck in a massive jam along one of the few major roads. The only difference there is that our van driver was determined to forge ahead despite the long line of cars, and plowing through a sugar cane field or driving on the wrong side of the road were just a few options considered viable.

And for anyone who has set foot on a plane in the past few years, you’ve got your stories to tell as well – the smelly/obese/talkative/fidgety person next to you, the shrinking seating area rapidly approaching the size of our desks in elementary school, the inexplicable delays and the lack of even a drop of water to drink.

Basically if you leave your house, and considering today’s world, not leaving it is starting to look more inviting, you’re going to encounter frustrations that are beyond your control.

So here are some ways to deal with life’s little unpleasantries.

Really, if breathing can help women through childbirth, don’t you think it can help you through a delay at JFK? I wouldn’t know, as I used my breath to plead for an epidural the minute I stepped my bloated pregnant foot in the hospital. But here’s a breathing technique to try: close your eyes, breathe slowly in through your nose to the count of five, hold it for a few seconds and breathe out slowly to the count of four. Try it for a few minutes, but only if you are not driving a car or seated next to a particularly odorous person. Taking a deep breath is like a massage for your nervous system. That’s what Chris Butsch, the author of “The Millennial’s Guide to Making Happiness” says. It works.

Think of your unhappy place

Now this is the opposite of the picture-your-happy-place advice. That one does kind of work for me because I get so distracted figuring out which beverage I should be ordering while lounging in my beach chair – margarita or strawberry daiquiri? – that I’m usually away from the painful place before the waiter even shows up.

But with this technique you picture your worst place, whether it’s being drilled at the dentist’ office, waiting at the DMV while you spell your name for the 11th time for the typing-impaired clerk, or talking to your brother-in-law about his colonoscopy, again. Conjure up that image and then be thankful you aren’t there.

Take along your own security blanket

Think of something that helps soothe you, take it along. Maybe it’s a trashy magazine, a photo of a loved one, or pineapple Gummi bears.

When I travel by plane, I always take my iPad and watch TV shows or movies I downloaded. Recently I’ve watched “My Crazy Ex-Girlfriend” and “Frankie and Grace.” Many shows I watch are not suitable for airplane viewing, (I’m looking at you “Catastrophe”) unless you want to be known as the pervert on the plane in 32C.  So while others are grumbling over the wait for the bathroom, I’m the person crouched in my seat, giggling.

If all else fails, then I just turn to my emergency rescue plan – a large bag of M&Ms. Rip open, place several on your tongue and allow to melt slowly. Works every time.