Every Labor Day Atlanta is taken over by storm troopers, fairies, characters from “Game of Thrones,” “Stranger Things” and just about every horror film you can imagine. Now in it’s 31st year, the popular culture convention Dragon Con grows bigger and wilder every year, with more than 82,000 costumed people from all around the country converging to play games, attend workshops, enter contests, walk in the parade and score autographs of their favorite fantasy figures.

My son, Chris Butsch, and I checked out the action at the Hyatt Regency Atlanta, one of five host hotels for the event. It’s a huge event for the hotel, with the kitchen creating special drinks and food in celebration. We enjoyed the WTF Burger, a foot-high burger piled with collards, bacon, fried mac and cheese. Chef Thomas McKeoun shared his enthusiasm for Dragon Con and told us he creates a different burger every year. “Last year we made one with a Krispy Kreme doughnut on top,” he said.

We imbibed on the Voodoo Bucket, the giant 32-ounce signature drink of Dragon Con, while Sara Hernandez, the marketing manager for the Hyatt Regency told us that guests return every year for the event. “The commitment people have to this event is amazing to see. They will request the same room number they had the year before, and some even ask to have the same housekeeper,” she said. “We add a satellite bar to handle the crowds, and we also serve boozy ice cream floats by the pool.”

Walter Woods, the area director of marketing, has witnessed several years of Dragon Con. “It started as a small comic book show and has grown into this major event. It’s a huge social event and is amazing to see. It also started a day earlier this year, and we’ve had people here since Wednesday night.”

Sarah told us that many guests drive, primarily to bring all their costumes. “Some people have as many as five costumes and some are three feet taller than any human being,” she said.

For the best people watching around, go check out Dragon Con. I was at a bit of a disadvantage as I don’t watch a lot of these fantasy shows, so couldn’t identify a lot of the costumes, but they were so fun to see anyway.

Here’s just a taste of what you’ll see. 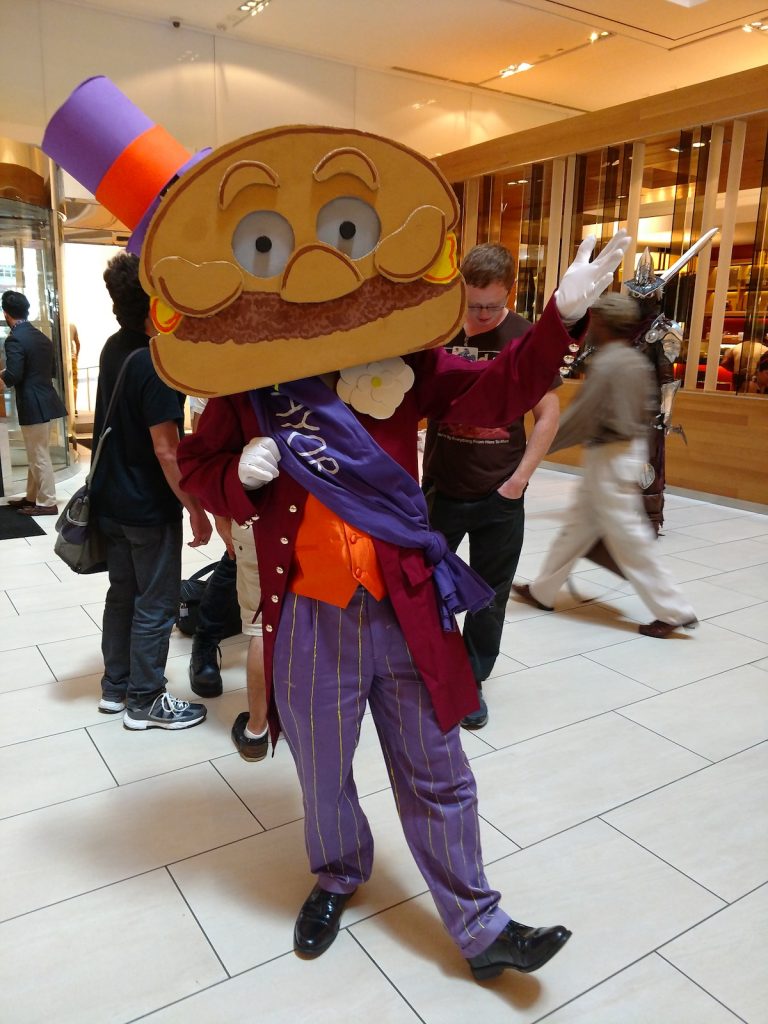