“Did you enjoy that?” the TSA agent said with a slight grin on her face. She had just finished groping me in ways I generally only allow people to do if:  a) I’m married to them or b) they have an M.D. after their name and I’m paying them large sums of money.

But she is TSA. And she has power. The power to delay me on my way. I swallowed my response, “Not as much as you did apparently”  and resisted the urge to elaborate on exactly what I thought of her power-hungry molesting ways and walked on. A few remarks about her ill-fitting uniform and do-it-yourself mullet haircut may have been resisted as well.

I thought of this story because of my concerns about the now-prevalent X-ray scanners at airports, through which I’ve been walking on a regular basis lately. I am violently opposed to these for three reasons:

As for the concern about random TSA agents in some back office seeing an outline of my body, well if they get off on shadowy images of my middle-aged body, more power to them. Again, not generally visible to people unless we’re legally bound or I’m partially covered by a paper dress.

No, my major concern is about the radiation involved, as detailed in this New York Times article. The effects have not been studied long term, and these machines do have mechanical problems.  There were 3,778 service calls on these machines in one year. And what do we know about the people who are supposedly fixing them? Do they have much training, or did they go to night school for a couple of weeks and become an X-ray machine technician because all the medical transcriber classes were full?

Which brings me back to my friendly grope-happy TSA agent. As I fly out of Atlanta, the world’s busiest airport, I’m pretty much guaranteed to have to plant my feet on the yellow footprints to fly anywhere. And my only option is to request a pat down instead. I generally always get to the airport in plenty of time to allow the extra time. So the question is, do I save time and dignity that way? Or worry about the potential radiation.

I’m flying to Raleigh in a few weeks and after reading that article, have decided to test the pat down option. I figure it just can’t be as bad as the first time, right?

How to Find the Best Frequent Flyer Programs for You 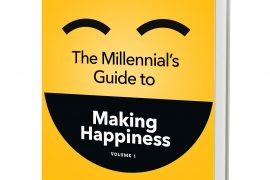 5 Reasons to Be Grateful You’re American